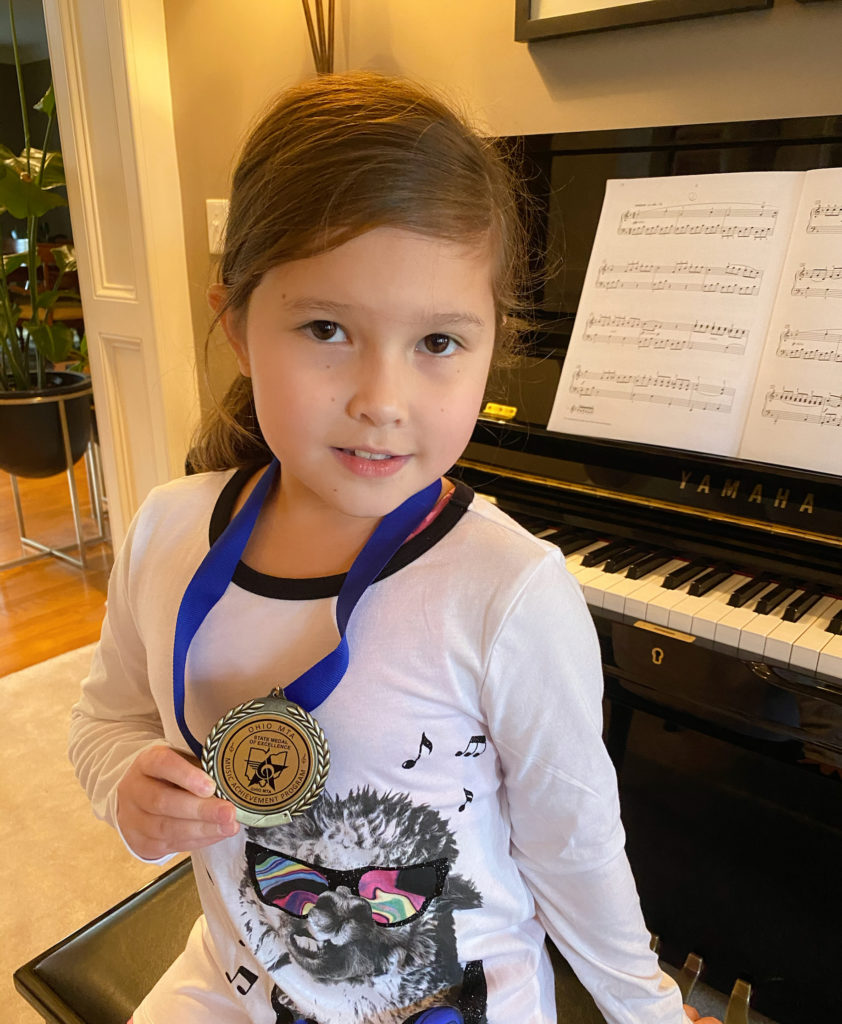 Isabella Weir, piano student of CMA co-owner Amy Immerman, was awarded the Regional Gold Medal from the Royal Conservatory of Music for attaining the highest score in a 12-state regionon her Level 2 Piano Exam. This honor came with an invitation to perform at the virtual North Central Celebration of Excellence ceremony and recital on December 12.Had it not been COVID, Isabella would have been invited to perform live at the Chicago Symphony Hall this year.Isabella scored 96 out of 100 points when she took her exam at the end of May, earning the highest mark for level 2 among these 12 states -Illinois, Indiana, Iowa, Kansas, Michigan, Minnesota, Missouri, Nebraska, North Dakota, Ohio, South Dakota, Wisconsin. In addition to preparing for her Level 3 exam, Isabella recently published her second piano composition, Bolt. She also enjoys figure skating and tennis. She loves to draw, do crafts, read, and play golf.

Cincinnati Music Academy is accepting new students for both online and in-person lessons. The CMA facility will be sanitized professionally each day and masks are required in the school. Additional cleaning between lessons and social distancing measures are in place for the safety of our students and staff. You can close this window to read about our lessons or contact us below.