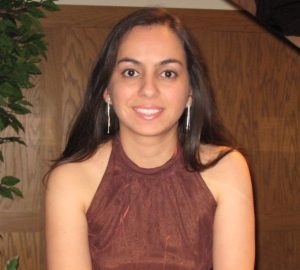 “As your piano instructor, my goal is to provide an atmosphere for musical, emotional, and intellectual stimulation.  To reach this, I will take the necessary steps to teach basic or advance skills of piano and musicianship in private or group settings.  My personal goal is to motivate, educate and encourage my students to reach their individual potential.”

“I prepare my students based in five principles that through practice produce a good interpretation and performance of the pieces.  Those principles are:  Analysis, Aural, Technique, History, and Imagination.”

Olga Rua earned her Doctoral degree in Piano Performance and Pedagogy from the University of Iowa, her Masters’ from the University of Toledo, and her undergraduate degree from the University of Antioquia (Medellin, Colombia).  Dr. Rua has performed as a soloist and collaborative musician in Colombia, Italy, Germany, and the USA.  In 2003 and 2004 she was selected to participate at the Chautauqua Summer School of Music with full scholarship.  In 2008 she won Distinguished Musician Award at the Ibla International Piano Competition (Italy) and in 2009 she was selected to take part of the Asolo Song Festival (Italy) as collaborative pianist.  In addition to performing and teaching, Dr. Rua is an avid scholar of early 18th-century piano music, particularly the music of Carlos Seixas (1704-1742), and the Spanish music of late 19th century, mainly Iberia of Isaac Albeniz (1860-1909).  In the December of 2010, her DMA Essay: Historical Overview of Carlos Seixas’s Works for Solo Keyboard, was published.  In the Spring of 2016 she moved to Cincinnati with her husband and son.  She joined the faculty at Cincinnati Music Academy in July of 2016. As an active member of MTNA, Dr. Rua serves as the chair of the OhioMTA foundation fellow program, OhioMTA-Southwest district president-elect 2024, and OhioMTA Vice-president of Affiliated Associations.