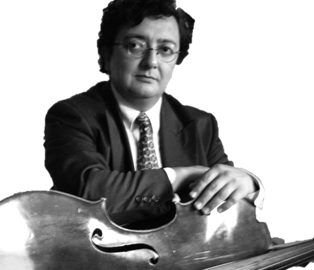 Being a Suzuki parent, Gustavo Carpinteyro-Lara knows that patience, love and dedication to his own son, are the best way to nurture him. As a teacher, he believes that any student has a high level of learning potential; however it is the responsibility of a teacher to guide and help every student to pursue and achieve his/her goals no matter how small or big they are. His teaching focus on making student the best cellist can be, and guide the student to the most comfortable, intelligent and balanced way to master skills. Teacher and student should work together and the teacher will help the student understand how cello playing works through a combination of cello technique, the student’s physical abilities, the laws of physics and gravity; and music itself.

Dr. Carpinteyro-Lara was born in Puebla, Mexico, and began his musical studies with his father at the Conservatorio de Musica del Estado de Puebla. During his postgraduate studies in London at the London College of Music he had the opportunity to study with Richard Markson and participated in a masterclass with Maud M. Tortelier. In the States, he received his Bachelor of Music Performance at The University of Southern Mississippi in 2001, Master of Music in Performance from The Bowling Green State University in 2003 and Doctor of Musical Arts at the University of Cincinnati, College Conservatory of Music, in 2014.

He has an extensive cello teaching experience from beginners to college level. He has taught privately and in several places such as at The University of Southern Mississippi Community Arts School, The Summer Music Institute at The Bowling Green State University, The BGSU Creative Arts Program, Ohio Northern University, and Northern Kentucky School of Music of Immanuel UMC.