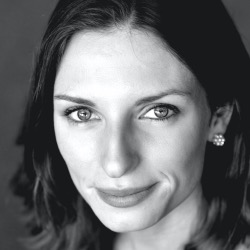 Lauren McAllister is a lyric mezzo-soprano based in Cincinnati, Ohio. Recent appearances include Ännchen cover with Queen City Opera, singing with the Lubbock Symphony for their Sound! winter chamber series, joining Conspirare for their 2018-19 season, reuniting with the Lynx Project for their Autism Advocacy Project, and performing with Cincinnati Soundbox as an artist-in-residence, where she premiered works for vocal trio in April and for solo voice, bass, and percussion in May.

Lauren appeared as Lazuli (l’Étoile, Sin City Opera), Melanto (Il ritorno d’Ulisse in patria, Opera Louisiane), and as the mezzo soloist for the Duruflé Requiem with the Cincinnati Fusion Ensemble. She covered the roles of Cherubino (Le nozze di Figaro) and The Maid (The Witches of Venice) at Opera Saratoga and performed the title role of La Perichole with Sin City Opera. She also toured in Norway with Grammy®-winning ensemble Conspirare for the 2016 St. Olav Festival. In December of 2015, Lauren took first place in the Nebraska District of the Metropolitan Opera National Council Auditions.

Lauren received her Master of Music degree in Voice Performance from the University of Cincinnati College-Conservatory of Music (CCM), in the studio of Karen Lykes. While at CCM, Lauren performed as the alto soloist in a staged production of the Bach St. John Passion, sang the role of Marcellina (Le nozze di Figaro), and covered the role of Lazuli (l’Etoile). Lauren holds a Bachelor’s degree in Voice Performance from the Eastman School of Music, where she studied with Robert McIver. She performed the roles of Aunt Emma (Hin und Zurück) and Rosine (Signor Deluso), and was a finalist in the Jesse Kneisel Lieder Competition (2012).

Cincinnati Music Academy is open and accepting new students. We will continue to offer online lessons for those who are not ready for in-person lessons. The CMA facility will be sanitized professionally each day and masks are required in the school. Additional cleaning between lessons and social distancing measures are in place for the safety of our students and staff. You can close this window to read about our lessons or contact us below.