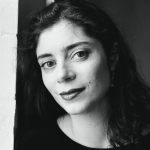 Collaborative pianist and vocal coach, Audrey Causilla, has performed in numerous solo, chamber music, and art song recitals both in the U.S. and abroad. Previous engagements include Washington D.C., Arlington, Baltimore, Cincinnati, Cleveland, Nashville, Detroit, Alpena, Buenos Aires and Stuttgart. Ms. Causilla has been on the voice faculty at the Cincinnati Music Academy since 2002, has been a rehearsal pianist and vocal coach for operas at Miami University in Ohio, and has actively coached voice and maintained a private piano studio since ‘99.

In the summer of 2012, Ms. Causilla was a staff pianist and vocal coach at Up North Vocal Institute in Boyne City, Michigan. Locally, she has performed art song recitals with Audrey Luna, Stacey Rishoi, Gustav Andreassen, Alexandra Schoeny and Ben Smolder.

She welcomes voice students from all faculty members at the Cincinnati Music Academy to her Performance Classes twice a month. In these classes, students have an opportunity to refine various detailed elements of their performing and preparation including text interpretation, style, character, foreign languages, body alignment, stage presence, and collaborating with a pianist.

Originally from Washington D.C., she holds a Bachelors of Music in Piano Performance from Peabody Conservatory, and a Masters of Music in Vocal Accompanying from the Cincinnati College-Conservatory of Music. Her former teachers include Ken Griffiths, Donna Loewy, Richard Fields, Julian Martin, and Leon Fleisher.

Ms. Causilla has been invited to study and perform at the Aspen Music Festival, the Opera Theater of Lucca, American Institute in Fontainebleau, France, the Tanglewood Institute, and Pianofest at the Hamptons.